History of the Parish of Derrykeighan

Derrykeighan means “Oakwood of the Blind” and was established as a monastery from the earliest days of Christianity in 453AD.  Local legend says that Keighan was a wealthy lady who gave the ground to build a church.  She was locally known as “Blind Dory” and was the first to be buried at the crossroads. 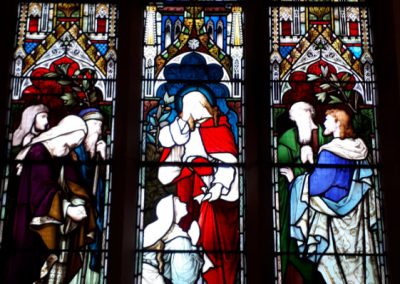 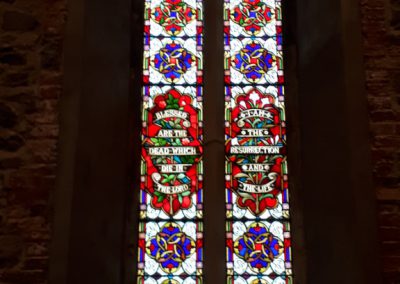 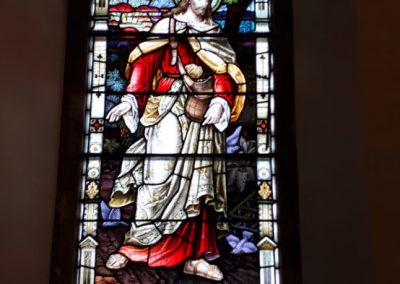 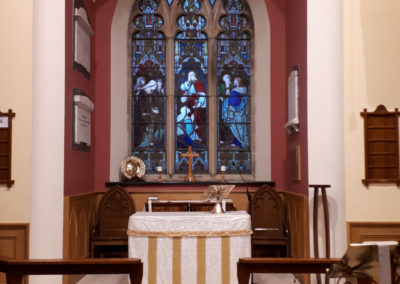 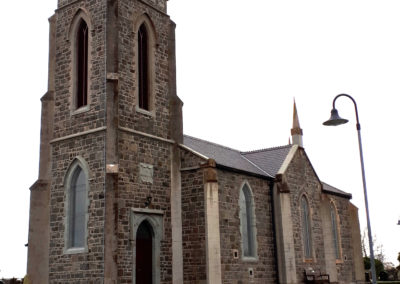 Thank you, Father, for this ancient place of prayer:

for the faith that has blossomed here.

and for worship in all seasons offered here,

for lives that have been touched here,

and commitment stirred into life here.

As we tread in the footsteps of those gone before us in the faith,

bless us and all who come here,

and speak to us with the whisper of your love;

for you are a God of renewal and steadfastness,

now and for ever.  Amen. 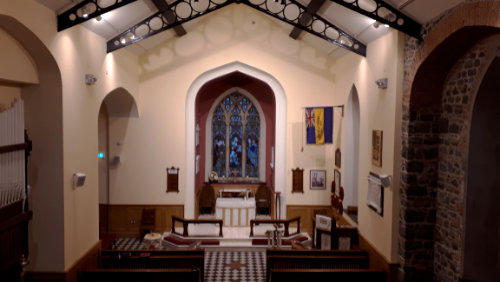 The parish church is named for St Colman Mullan, whose feast day is 1st January.  Colman was the grandson of St Patrick’s salve master.  St Patrick ran away from his cruel master, but when he returned to Ireland as a missionary, his former master refused to repent of his sins and be converted to the new faith, but his family did.

The Diocese of Connor was founded in 1111AD and in 1300AD, in the taxation of Pope Nicholas IV, Derrykeighan is valued at £20 and 8 shillings.  Part of this taxation would have paid for the crusades in the Middle East.  Conflict plays a large part in the parish history.  In 1539, Henry VIII dissolved the monasteries, and there was further upheaval in the reigns of Bloody Mary, Elizabeth I and the Jacobites.

The church’s location at the crossroads between Coleraine, Ballycastle, Ballymoney and Bushmills meant the church was vulnerable from every passing army and quite often the church had no roof on it or was only fit for stabling horses or billeting soldiers.

In 1827, the parish church was in such bad state that the Select Vestry considered abandoning the traditional site and moving into the mill village of Dervock.  Their mind was made up when the old church had its roof blown off by gunpowder in an act of deliberate arson.  No one was ever prosecuted for this crime.

The Earl of Dervock gave an acre of land to build a new church, which was opened in 1831.  The church was consecrated by the Bishop of Connor and famous hymn writer, Dr Richard Mant.  The old churchyard at the crossroads, continued to be used for burial, as the Earl of Dervock refused to allow any burials in “his” new churchyard.  It was only in 1868, that Bishop Knox completed the consecration of the churchyard.

The church was renovated in 1858 when the cast iron trusses were placed in the roof and a bell was installed in the tower.  One of Dervock’s most famous sons, Kennedy Kane McArthur, who won gold in the 1912 Olympics, gave the tiling in the nave in 1950 in memory of his parents.

The last major work on the church was done in 1878 until a new Vestry room was added by the Allen family of Lisconnan in the 1930’s.

Derrykeighan only had 3 Rectors in the 20th century, but by the dawn of the 21st century, it was clear that the church was in need of major repair.  The Select Vestry took the brave decision to close the church in January 2012 for major renovation and refurbishment.  After 18 months of work, the church re-opened in June 2013.  The building had a new floor, new roof, new extension – only the stone walls and stained glass windows remained.  The only interior feature to be kept was the bow-fronted balcony.  French limestone carvings from the former pulpit have been incorporated into the new pulpit and prayer desks.  St Colman’s is now a warm, bright and inviting place to worship.  Come and join us at 12noon on Sundays.