History of the Parish of Billy

There has been a parish in Billy since the Norman Conquest and the church is situated on “Billy Mountain” with commanding views of the Bush Valley.

Although the church is not dedicated to any specific saint, St Colman of Derrykeighan is not forgotten in the place names of the parish, such as Liscolman or Colman Avenue.  Around the church are some of the oldest walls in Co Antrim and the earliest headstone in the graveyard dates back to 1620.

Billy parish is the parish of the Giants Causeway, Northern Ireland’s only World Heritage site, as well as being the parish of the famous Bushmills Distillery.  Sadly many tourists, who visit the North Antrim Coast, never get to Billy, with the church being inland and not on a main road.  For many years, the congregation who lived at the Giants Causeway, had their own evening service in the old Causeway School House, but sadly declining numbers meant this had to close in the year 2000. 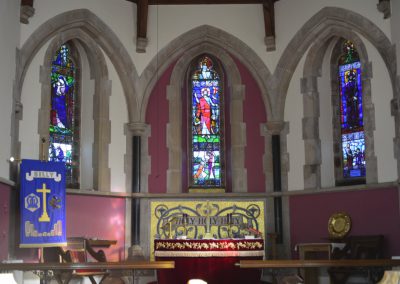 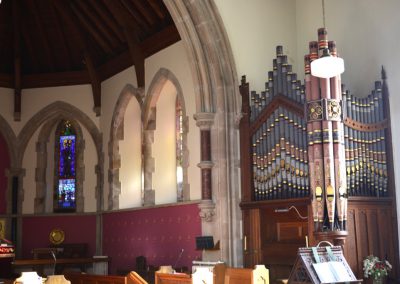 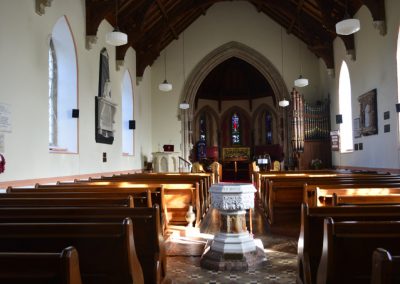 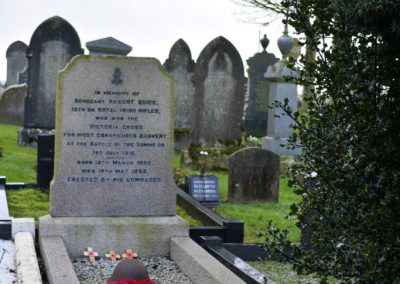 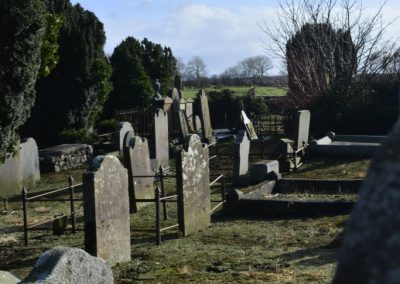 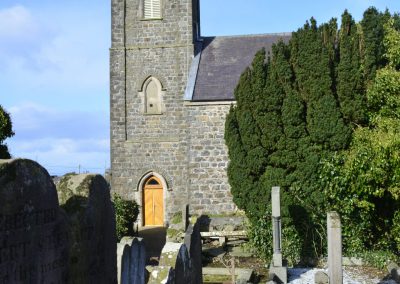 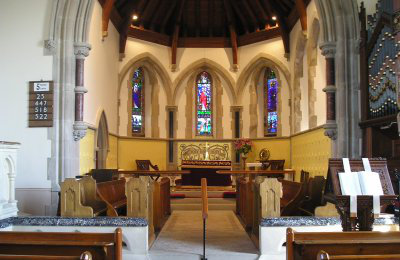 There is an unbroken history of worship in Billy.  The church survived the religious turmoil of the 16th and 17th centuries.

The Ulster Valuation Book of 1622 records only 7 churches in the whole Diocese of Connor (which is all of County Antrim) as being fit for worship and Billy was one of them.

Partly, as recognition of the parish’s endurance, the Archdeaconry of Connor was connected to the parish until the Church of Ireland was disestablished in 1870.

The current church is at least the third to stand on Billy mountain, built in 1815.  In 1820 a bell was purchased for the church tower, but was replaced in September 1914.  The chancel was added in 1980, a gift from the Traill family of Ballylough.  The three sanctuary windows were designed by the renown Irish stained glass master, Michael Healy.  Two further windows in the chancel, picturing St Francis of Assisi and St Columba of Iona, were given in the 1960’s, again by the Traill family, who have always had a close connection with Billy.

Some notable people are associated with the parish:

In 1834, the parish paid £9 on the purchase of a parish hearse, which was rented out for ½ a crown.  It was last used in 1900 and is in safe storage in the Ulster Transport Museum in Cultra, Co Down.

Billy has extensive graveyards.  Sgt Quigg VC is buried in the “Middle Graveyard”, which is adjoining the church.

The “Old Graveyard” is closed for burials, but the headstones have been mapped and recorded by the Ulster Historical Foundation and you can access their records on www.ancestryireland.com.

The “New Graveyard” was consecrated in 1947, with some Commonwealth War Commission graves and not forgetting the two sailors from HMS Racoon, who were interred in January 1918.

Many clergy are buried in Billy and two even share the same grave!  Jeremiah O’Quinn, a Presbyterian of Roman Catholic upbringing, was the minister here during the Commonwealth period and he died in 1657 and shares his grave with Thomas Babbington, the Rector from 1790 – 1823, who oversaw the building of the current parish church.